Disclaimer; I received this movie for free in exchange for my review and my honest opinion, I have not been compensated in any way.

Chinese director Diao Yinan’s much anticipated follow-up to his breakthrough film Black Coal, Thin Ice,THE WILD GOOSE LAKE, is a noir crime thriller about a gangster on the run, wet in the nooks and crannies of densely populated Wuhan in central China. The elegantly down-and-dirty  film follows the desperate attempts of small-time mob boss Zhou Zenong (the charismatic Hu Ge) to stay alive after he mistakenly kills a cop and a dead-or-alive reward is put on his head.  Director Yinan proves his action bona fides in a series of stylized set pieces and violent shocks, simultaneously devising a romance between Zhou and a mysterious young woman (Gwei Lun-mei) who’s out to either help or betray him. 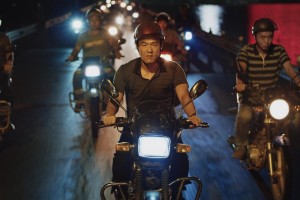 When small-time mob leader Zhou Zenong (Chinese superstar Hu Ge) accidentally kills a cop, a dead-or-alive bounty is placed on his head, forcing him on the lam from both the police as well as dangerous gangsters out for the reward. Hiding out in China’s densely populated (and deeply divided) Wuhan province, Zhou becomes entangled with a beautiful, enigmatic woman, who has mysterious intentions of her own.

The Wild Goose Lake starts with a rainy night, a guy on the lam, a dame who sidles up to him and murmurs, ‘Got a light?’ In other words, this Chinese gangland thriller kicks off in classic noir style, and gets progressively noirer and more nocturnal as it goes on. 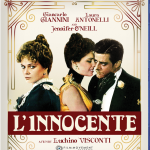