14 Year  old Alexis Wieskamp has been missing for 2 weeks with little help from the authorities or the media. Her Family is desperately asking anyone with any information to contact them and let them know where she is.


Have You Seen Her? 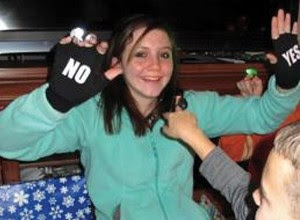 Alexis ran away from a foster home in Wymore, Nebraska on Jan. 19. She was last seen wearing blue Aeropostale sweats, an Aeropostale shirt and black boots. She has long, dark brown hair is described as approximately 5 foot 5 inches tall and weighing approximately 110 pounds. She was last seen in an alley next to the Wymore Library.
Alexis ran away a year ago so the Police are hesitant to do more then wait which to anyone that loves a child knows is excruciating to the family.
Children her age just have no idea what situation they can find themselves in. Reports have said she got into a tan car possibly a Buick LaSabre with a heavyset, dark haired man and a long dark- haired woman who was driving.
The Family is offering a 300.00 reward for information leading to her. 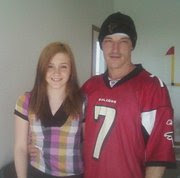 Anybody with any information regarding Alexis Wieskamp’s whereabouts should call the Gage County Sheriff’s Office at 402-223-5221, the Beatrice Police Department at 402-223-4080 or the Wymore Police Department at 402-645-3315.
A flyer that is being circulated by the family indicates they are offering a reward for any information they receive that is helpful in finding Wieskamp.
Haake said they have about $300 at their disposal to give out as reward money.